In the 25 years since Yonder was founded, we have seen and experienced a complete and radical transformation in which no aspect of software use and development has been left untouched. 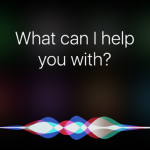 We started with character-based applications, then moved on to graphical user interfaces, web applications, rich internet applications, single page applications, and mobile applications. And it is very likely that the upcoming 25 years will bring a radically different approach to interacting with applications. Machine learning and AI are powerful enough that they can process (read human) language and with the rise of personal digital assistants like Siri, Alexa, and Cortana we already have a natural way to interact with the systems based on voice. So the future will also bring post-UI based “applications” or skills that will allow us to interact with systems and solutions through voice.

In the past, there were only computer applications, which meant that we had to sit behind an actual terminal but now things have changed as we are more and more mobile. At first, our desktops became mobile with the arrival of laptops, and then we invented different ways that allowed us to consume information through mobile phones, tablets, and smart watches. Things will not stop here, we already have seen experiments in making systems more accessible and portable through Google Glass, Microsoft HoloLens, and Intel smart glasses. With the inclusion of augmented reality (AR) kits and SDKs in mobile devices, we will definitely experience major changes in the way we consume IT. 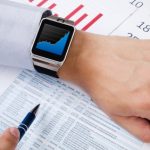 This already has had a major impact on the way we design and build the applications and services. We no longer can design just a traditional UI, but we also have to think about a mobile, tablet UI and why not even watch UI, one that is touch friendly. In the future, we will definitely have to design and more types of interaction for our applications.

This change in the way we consume services has shifted the way we design our services and thus shifted the way we architect these services. There has been a major change in the way we build the applications: from the 2-tier architectures to service-oriented architectures. API platforms have become more and more important in order to encapsulate the business domain and to support the various devices, services, and experiments. New concerns like security, data protection, data authorization have become increasingly critical.

Not only have the development methodologies changed from waterfall to agile but as a consequence, the constitution of the development team had to change as well. In the past, we had just programmers and testers, usually in separate teams. Nowadays, we have integrated teams that contain UX designers, front-end developers, back-end developers, DevOps, testers, requirements analysts and data analysts. The development landscape has become so complex that developers have to become in-depth specialists in a very defined set of platforms and technologies so that they can be truly effective.

Yonder the company is mature and well-established; to be around for 25 years is quite a long time for companies these days. Yet, despite these 25 years, the soul and spirit of Yonder have remained young, energetic, and full with curiosity. We knew when was time to change and we were right there when the Internet, web, mobile, UX, DevOps, cloud became important and we developed the right skills and experience to use all for our partners.

From a technological perspective, the future will become be more complicated making ‘lean’ more and more important. Existing resources like time and money will have to stretch further and be invested more efficiently in the right approaches. Choosing the right technology, and not re-write your application in Silverlight for example, can be the differentiator between a successful company or a one that goes bankrupt. Yonder goes through the learning cycles and feedback loops ten times faster than an average product company because of the multitude of products and experiments that we run. Working with a technical partner such as Yonder can make the difference between a success or a failure.