From live event to remote Hackathon

Syscon Justice Systems is a North American software company offering the next generation of offender management software (OMS). They work closely with their clients – corrections agencies in the United States, Canada, Australia, and the United Kingdom –  to positively impact inmate, staff, and public safety and security using their corrections software. Some of the largest, busiest, and most complex corrections agencies in the world rely on Syscon for their mission-critical software. As part of N. Harris Computer Corporation, Syscon serves clients across the globe from their offices in Canada, the USA, Australia, and the United Kingdom.

Initially, the concept was that a group of Syscon staff would join Yonder in Romania for the hackathon. The teams would meet in person and develop a closer relationship. Yonder hosts annual hackathons where clients join to spend a 2-day period dedicated to a specific innovation. At the hackathons, we bring together the market needs with the new technological possibilities and jointly work on pragmatic innovations. The combined team works long hours of hacking laced with fun and inspirational moments to create a prototype that our customers can take back to their clients to validate. Well, in 2020, we had to change our plans moving from a live event to remote private hackathons. Due to Covid, Syscon’s travel plans were canceled and we carried out the hackathon project entirely via remote communication. 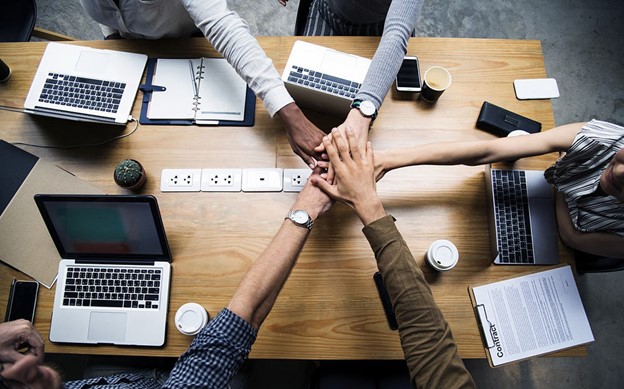 Hackathon: bringing domain and technical expertise together to innovate

The hackathon offered Syscon with a unique opportunity to engage Yonder in creating a prototype of a product feature that has been on Syscon’s Product Roadmap for several years – and which they never seemed to have the time and resources to undertake. The Yonder Team provided valuable creative input and considerable insight during the prototyping process. They took the time to understand the business requirements for themselves, making it easier to stay on track while working remotely. Furthermore, Yonder was always open to making modifications based on minor changes from Syscon’s original vision. Development turn-around times were quick during the entire Hackathon, and the team completed the entire project on time.

“We found Yonder to be the perfect complement to our team. They were highly skilled in organizing and driving the prototype process and were well-versed in the technologies needed to create a successful prototype. They listened to our ideas and blended their concepts with ours in a skillful manner. At every stage of the process, the Yonder team offered valuable recommendations on the direction that should be undertaken, and they were flexible and understanding when we modified our design.” Kerry Lynn, Executive Vice President Syscon

At Yonder, we believe in pragmatic innovation. Pragmatic as we focus on a possible future commercial product by bringing together innovations that appeal to a market need. We wanted to deliver Syscon a tangible result. In this case, it was a prototype that they could take to their internal and client stakeholders. Then they can validate if there is value potential, and if so, tweak the prototype based on the discussions with their clients before starting to develop the product for delivery into the marketplace.

“Our business objectives were fully met – and then some and included what our team originally envisioned blended with the ideas, creativity, expertise of the Yonder team.” Kerry Lynn, Executive Vice President Syscon

Lessons learned from our online Hackathon

There were absolutely no issues related to hosting the hackathon remotely that negatively impacted the prototype project. However, both teams do look forward to meeting in person at one of our next hackathons.

Lessons were learned. For example, Syscon noted that spending additional time refining their vision internally may have resulted in the need for less time and effort articulating the product vision to Yonder, and the need for minor, albeit important subsequent modifications to the project deliverables. Nevertheless, with Yonder’s input, Syscon ended up with a better prototype than what was originally envisioned.

“Syscon is a company we wanted to have at one of our Hackathons for some time. They have a mission-critical product for an interesting industry. Initially, we were upset that we could only host the hackathon remotely due to all the restrictions around the world. Yet, we made it work online, connecting with everybody at home in the USA and Romania. And, we delivered a prototype that met their business objectives.” Bogdan Vilt, Delivery Manager Yonder