From machine learning and augmented reality to security and much more

The third edition of the Yonder hackathon is over. It was the biggest one so far with 15 projects lined up and over 80 people involved from two continents making it one of the most successful and exciting editions so far.

As always, the projects and teams were very diverse. Some were diving into technology discovery spikes where new technologies are investigated to determine if it is mature and feasible enough to provide additional value. Others were creating new initiatives prototypes to understand better how a new product will look and feel. 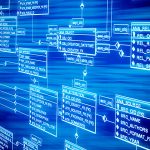 There was another striking new development with the new initiative prototypes. Namely that many of the customers seemed to have an additional interest in creating a blueprint for the internal teams to investigate best practices in working with a specific technology. This would enable them to jumpstart not only the development but also the know-how of the internal teams.

While we saw a start with conversational interfaces and machine learning at the 2017 edition, this year these types of projects doubled.

The crowd favorite project was led by the Techboard member Dragos Dit who together with Paul Colcer, Paul Petri and Paul Cirstean used machine learning and the latest frameworks from Apple in augmented reality (AR) to create a mobile solution prototype for the moving industry. The solution allowed customers to point their mobile phones at objects in a room that would then be recognized automatically allowing the users to quickly create a list with the objects that they wished to have moved. 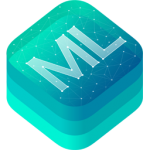 Since the team could take on more than just this topic (to both implement the prototype and to train the networks for the object detection), they wanted more, and actually managed to solve an additional challenge for the customer around support. Here they applied conversational interfaces using natural language processing to completely automate simple support conversations that occurred via SMS or chat. 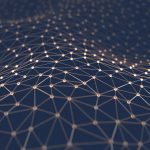 directly from a picture taken of the meter. Thanks to the developments in neural networks, the team led by Techboard member Florin Nicolaie Cristea and team members Toni Simu, Zoltan Tinege and Vlad Spineanu achieved an unbelievably high accuracy in processing the meter pictures. They too had an additional project for the hackathon: trying to determine if it was possible to detect undesirable situations like clogged air filters in heating furnaces using only the energy consumption reports provided by the utility companies which were corroborated with information provided by smart home devices like Nest thermostats and so on.

Another one of the coolest projects, led by Ovidiu Adorian together with Paul Cirstean, used the latest version of the AR (Augmented Reality) kit by Apple to improve the learning process by augmenting hard copies of books with cool animations or movies. Just point your tablet or phone to a book and the pictures in it come alive giving you a more exciting way to explore and learn.

Amazon Alexa and prototypes in the educational vertical 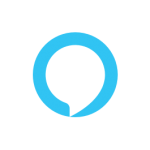 There was a project in the educational vertical that dealt with conversational interfaces and digital assistants. Andrei Elvedi and Calin Moldovan created an Amazon Alexa skill supported by an existing solution for schools which enables parents to find out the menu, the school spending of their children but also the balance and ability to set a limit to their children’s school payment methods.

Also related to schools was the mobile application prototype developed by Techboard member Claudiu Chetan together with Vlad Spineanu who developed a mobile solution that taped directly into an emergency dispatch system to provide teachers and students with a means to quickly and silently alert the dispatch in case of an incident at school. 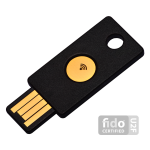 A security-related Hackathon project was one where Techboard member Monica Vlad and team members Alexandru Niculici and Sebastian Stefanescu investigated how to improve and optimize processes in a pharmacy.  The project used the new second-factor authentication devices like Yubikey Neo together with wireless communication protocols such as NFC allowing for a quicker interaction between the computer and the authentication process thus reducing the time spent at login of the application.

Another Pharmacy related project was developed by Emilian Istrate, Marius Blaga, Ionut Murarasu, Rares Antofie, Alexandru Grigoruta. It optimized the processes and protocols between pharmacists and general practitioners through processes developed in Blueriq.

The project lead by Alex Iovan and Vlad Cantor together with the team members Razvan Dragomir, Ionut Pac Balaj, Andrei Gafton was also about optimization. This project looked at enhancing the customer experience of a suite of mobile applications by enabling them to support offline usage, barcode scanning and a store that could be used to gather all the mobile applications. 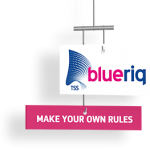 Blueriq was further used in an insurance and pension project. TechBoard member Petru Galanton, with Rick Arts, Mihai Bob, Adi Borsos, and Marius Campanu looked at establishing the architecture for this essential and complex insurance and pension management application. The modern architecture was based on micro-services, an external identity provider and standards-based OpenId Connect plus a very flexible, customizable and powerful case management solution as Blueriq.

Techboard member Felix-Constantin Vătuiu together with Paul Harbuz, Dragoș George Bucan, Alexandra Petras developed a prototype of a renovation of a calendaring application.

Techboard member Radu-Stefan Lacatusu with Alex Grigoruta, Paul Cretu, Alexandru-Ioan Leleu made a prototype for the dashboard functionality of an application in the housing market.

A very challenging task was assigned to Alexandru Asofroniei and his team consisting of Alexandru Coman, Stefan Caraiman, Remy Toma who had to find a solution to a stringent infrastructure problem which prevented one of our customers to have a modern, fully containerized deployment solution. The difficulty laid in the fact that the legacy component did not have proper support for this new architecture.

This hackathon had its first blockchain and cryptocurrency investigation performed by Techboard members Vlad Vesa and Florin Asavoaie joined by Catalin Ciobanu who looked at the feasibility of using state of the art technology like blockchain in authentication as well as providing options of payments in cryptocurrencies with no transaction fees associated like Nano.

All the teams achieved their objectives, gained further knowledge and had tremendous fun even if some of the members made very long hours or even pulled an all-nighter.

The Value of the Hackathon

I believe that the Yonder hackathon provides immense value to software companies and to our colleagues. The value for our employees lies in the fact that they can play with cool technologies and apply these to real business challenges.  And more importantly, the value that the hackathon brings VMS companies is addressing and obliterating the lack of focus (let’s face it, we all know how busy your development teams are) or lack of know-how whereby these companies risk missing market opportunities that could have important consequences on the mid and long-term.

Considering the success of this event and the staggering growth in teams and projects we experienced over the last years, I suggest you register for the next edition which will take place in 2019 as early as possible so we can prepare the perfect development team for you.

Are you interested in participating in next years hackathon? Can’t wait that long and want to have a private hackathon? Let us know (click this link) and we will get back to you.